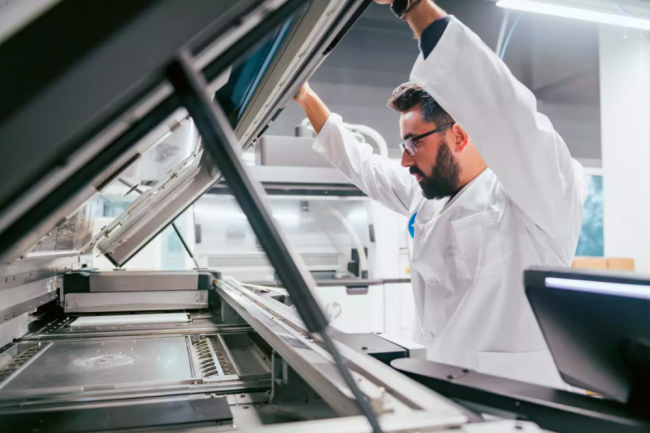 Additive manufacturing brings older vehicles back to life and reduces waste, with 3D printed aftermarket parts that can be even better than the originals.

The automaker Nissan stopped making the R32 Nissan Skyline GT-R in 1994, but the performance sports car is still loved by enthusiasts in Japan and beyond. Earlier this year, Nissan announced that it would start using HP Jet Fusion 3D printers to create a much-needed replacement part for the R32 Skyline GT-R – a plastic harness protector. The customers were delighted.

On social media, people praised the company for using 3D printing in this way, saying they would now be able to service a car they love for longer, according to Kaori Saito of the Total department. Supply Chain Competitiveness of Nissan Motor Co.

Large and complex products like cars require many precisely designed parts for repairs – parts that manufacturers often stop producing due to low demand and the high cost of manufacturing and storage. Beyond customer satisfaction, 3D printing has become a way to prevent older products from going to landfill by using them for longer – a fundamental concept of the circular economy – with small runs of customized production who can manufacture specific parts to meet demand.

For the auto industry, this could be a major savings boon. The market for car modifications and after-purchase parts in the United States alone is worth $ 288 billion, but maintaining the supply for hundreds of out-of-production vehicles can be costly and lead to a lot of waste if parts fail. are not used. 3D printing only what is needed means reducing waste, reducing emissions from transportation, and having the opportunity to switch to new designs that can make cars more energy efficient. In a study published in the Cleaner Production Journal, the researchers found that 3D printing could potentially improve the environmental impact on a car’s lifecycle by reducing weight or improving the efficiency of redesigned parts.

Keep old cars on the road

British automaker Jaguar Land Rover has used 3D printing to test parts as prototypes for years. Now, new 3D printing technologies with improved quality and lower costs have started to expand the possibilities. For example, in 2019, Jaguar Land Rover’s additive manufacturing team turned to HP’s Multi Jet Fusion process to help keep some of the automaker’s classics on the road.

One of the early successes was a seat handle, the part people pull to adjust the angle of the seat, which was a commonly replaced part in Land Rover Discovery 2, an SUV that ceased production in 2004.

The original supplier of the seat handle had gone out of business and supplies were running out. Land Rover Jaguar’s additive manufacturing team reverse engineered the part using the original technical drawings and printed new cushions using HP’s Multi Jet Fusion technology. They were also able to change the design and increase the strength of the part by adding a cross structure in the ribs, a bonus that 3D printing unlocks.

“Manufacturing must transform to be more agile to meet the changing needs of our automotive customers,” said Kentaro Yuge, deputy director of Nissan’s advanced materials and processes laboratory.

The plastic harness protector for the R32 Nissan Skyline GT-R was the first part identified for replacement parts via BY NISMO 3D printing, with other parts and technology uses ongoing.

The precision and efficiency of additive manufacturing make it ideal not only for replacing parts, but also for improving them. Decathlon, a French sporting goods company, has been running a 3D printing lab since 2016 and has completed more than 100,000 projects, including testing a prototype and replacing defective parts for bicycles and other products. . In November 2020, Decathlon expanded to include two HP Jet Fusion 5200 3D printers, increasing the types of materials the company can use and the range of spare parts it can offer, from shoe soles to handlebar grips. .

3D printing can also reduce the time it takes to produce and acquire the necessary spare parts, thereby reducing vehicle downtime in critical situations. The Amphibious Assault Vehicle, also known as AAV or Amtrac, has been a versatile form of transportation for the Marine Corps and its supplies since 1972. After this long service, the AAVs are retired. However, it is crucial to keep them running until full retirement.

The number of Amtracs in service is a relatively small number to justify the manufacture and storage of large volumes of spare parts. Due to the age of the AAV and obsolescence issues, it is difficult to obtain replacement parts.

The military is looking to shorten lead times by turning to Parmatech, a northern California manufacturing company that uses HP Metal Jet 3D printers to create hundreds of items, including brackets, brackets, cranks and coupling parts.

The Marine Corps has always deployed to remote areas that are difficult to serve, but the impact of the pandemic on shipping and events like the delay caused by Ever Given, the freighter that got stuck in the Suez Canal in March 2021, capture the need to expand 3D printing capabilities so that parts are available when they are needed.

“There are clear implications for how this technology can help the Marines,” Holzworth said.

The virtual warehouse of the future

With 3D printing, businesses will no longer have to rely on shipping a new part from a remote warehouse. “Instead of maintaining equipment and having everything flying everywhere, you can rely on 3D printing in your area,” says Jorge Lehr, senior partner at PricewaterhouseCoopers Canada and co-author of The Future of Aftermarket report. is 3D, which includes a survey of German industrial companies, nearly half of which say they plan to 3D print their own spare parts.

In a December 2020 HP survey of more than 2,000 manufacturing executives around the world, more than 70% said they plan to invest in digital manufacturing technologies in 2021, citing innovation, collaboration and sustainability as key benefits. As more companies recognize the benefits of additive manufacturing in reducing costs, keeping vehicles running, reducing emissions and meeting sustainability goals, the possibilities for using the technology continue to expand. to other industries and to additional spare parts for other large items.

3D technology in education: a game that changes the game